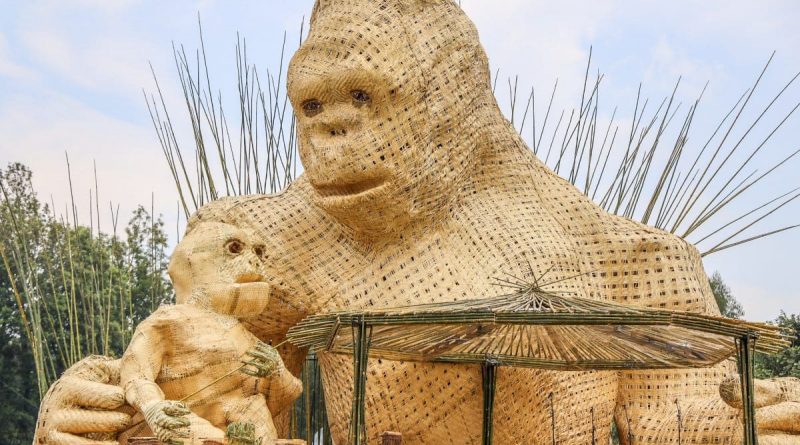 This time, 24 baby gorillas were given names. They comprised 15 males and nine female gorillas.

Last year, 25 baby gorillas were named by conservation champions from all over the world.

Overall, more than 300 baby mountain gorillas have been named since Kwita Izina began, according to Rwanda Development Board.

This year’s Kwita Izina was held on World Gorilla Day, the day that Dian Fossey established the Karisoke Research Center in 1967.

Locally known as Kwita Izina, different from previous years, the event was for the first time held virtually via Visit Rwanda YouTube channel and the national broadcaster due to the Covid-19 pandemic that hindered air travels globally and restricted large gatherings among other preventive measures.

Normally, the event attracts big names in every industry, including conservationists, celebrities and ordinary people who, every year, ascend to Kinigi on the foothills of the Volcanoes National Park to name newborn gorillas.

This year’s baby gorilla names-givers were composed of veterinary doctors, guides, wardens, trackers and others who are all credited for their day to day involvement in the well-being of the gorillas.

They included renowned guides such as the legendary Francois Bigirimana, the most experienced guide in the Volcanoes National Park who used to work with Dian Fossey, a job he’s been doing since 1982.

In his remarks, the President of Rwanda, His Excellency Paul Kagame noted that these individuals’ dedication is reflected in the new-born gorillas.

He said: “This year will bring a special focus to the rangers, trackers, vets, guides and porters who protect our precious mountain gorillas. Their dedication is reflected in the 24 baby gorillas receiving their names today. Conservation, tourism and community development go hand in hand, each reinforces the other.” 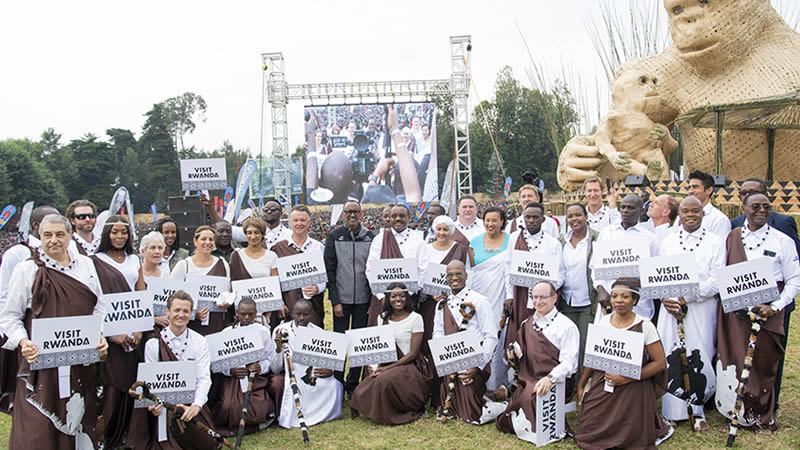 Kagame also highlighted that the country is ready to receive guests for touristic purposes in large numbers once again, when Covid-19 is over.

“After a brief pause due to the Covid-19 pandemic, Rwanda is once again open for visitors. To everyone involved in Rwanda’s growing conservation and tourism sector, I thank you and keep up the good work,” he said.

The names of new-born gorillas:

The remaining three baby gorillas were named by famous Arsenal players: Emerick Aubameyang, Bernd Leno, and Héctor Bellerín, thanks to the three year-deal that the government of Rwanda signed with the English Premier League team in May 2018.

The three-year partnership saw the “Visit Rwanda” logo on the left sleeve of all first team, under-23 and Arsenal Women’s team. Rwanda was the first ever shirt sleeve partner for Arsenal.

According to Rwanda Development Board, the deal whose worth remains undisclosed up to now sought to deliver long-term benefits in terms of investment and tourism more than the actual cost of investment.

While naming gorilla infants, the trio used a pre-recorded video.

“When you are the firstborn in the family, you feel a sense of responsibility. And it’s our responsibility to look after wildlife,” Bellerin said after choosing Iriza as a name for the newborn gorilla.

In his speech, President Paul Kagame highlighted that “Arsenal is a good partner in our effort to show the importance of conservation and why visiting Rwanda is such a special experience.”

Kwita Izina is an honored tradition in which Rwandan families hold a ceremony to name a newborn baby.For three decades prior to the first official gorilla naming ceremony in 2005, park rangers and researchers in Rwanda used to name mountain gorilla babies in order to keep track of each gorilla in their family and habitat.

In the early 1990s, the park became a battlefield for the country’s civil war which paralysed tourism until 1999.

In 2005, in a bid to boost conservation in the park, Rwanda introduced the annual gorilla naming ceremony, which has significantly contributed to the rise in gorilla population in the volcanoes.

Before the introduction of the custom, Volcanoes National Park, home to the endangered mountain gorillas, had experienced a number of threats largely linked to poachers.

As a result of the good practice, the number of mountain gorillas has reached a new milestone, rising from 240 to 604 in the last 30 years in Virunga Massif, according to the latest census.

Clare Akamanzi, the Chief Executive Officer of RDB, says that the increasing gorilla population in the Volcanoes National Park, in particular, is proof of the strides that Rwanda has made in gorilla conservation, attributing the success to the collaboration of conservation partners and members of the community surrounding the park.

The Virunga massif refers to an area containing a chain of 8 volcanoes that span across the three countries of Rwanda, Uganda, and D.R.Congo.

The economic benefits of gorillas

Last year, Rwanda welcomed more than 1.6 million visitors, among whom over 17,249 visited the majestic mountain gorillas. The park permits sold were worth $25.1 million, a 25 per cent increase compared to 2018.

Total revenues from the country’s three national parks stood at $28.9 million and Volcanoes National Park revenues contributed 91 per cent of all the parks’ revenues.

As of 2019, Rwanda had generated more than Rwf 19.4 billion from gorilla trekking.

Of this amount, according to Rwanda Development Board, over Rwf 5.2 billion was disbursed in establishing 647 community-based projects under the revenue sharing scheme initiated by the government in 2015.

The aim of the revenue sharing programme was to guide investment in the areas surrounding the various national parks in the country by ensuring the plough back of a percentage of all park revenues into the communities.

Initially, only 5 per cent of the park revenues would go to surrounding communities, but this has grown to 10 per cent.

The revenues the country earned through gorilla trekking in previous years are expected to reduce sharply this year as a result of the Covid-19 pandemic that has restricted cross-border and air travel to and from some countries.

Dignitaries that has named gorillas in the past

It is worthy of note that the Kwita Izina has become a high profile annual ceremony where dignitaries are drawn from across the world of business to name gorillas every year in Rwanda. The event has in time past been honored with the presence of Graca Machel, a humanitarian and widow of two former presidents of Mozambique and South Africa; Mozambican President Samora Machel and South African President Nelson Mandela in 2018 who named a baby gorilla alongside the former President of Nigeria, Chief Olusegun Obansanjo. Richard Virgin and Naomi Campbell amongst others. 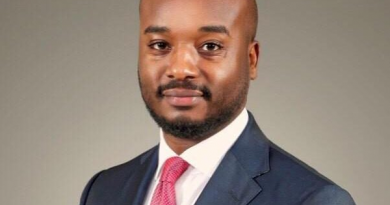 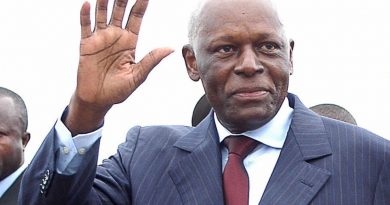 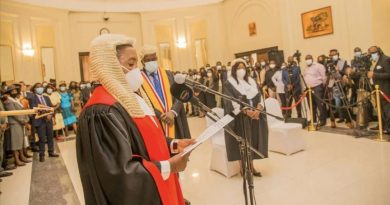